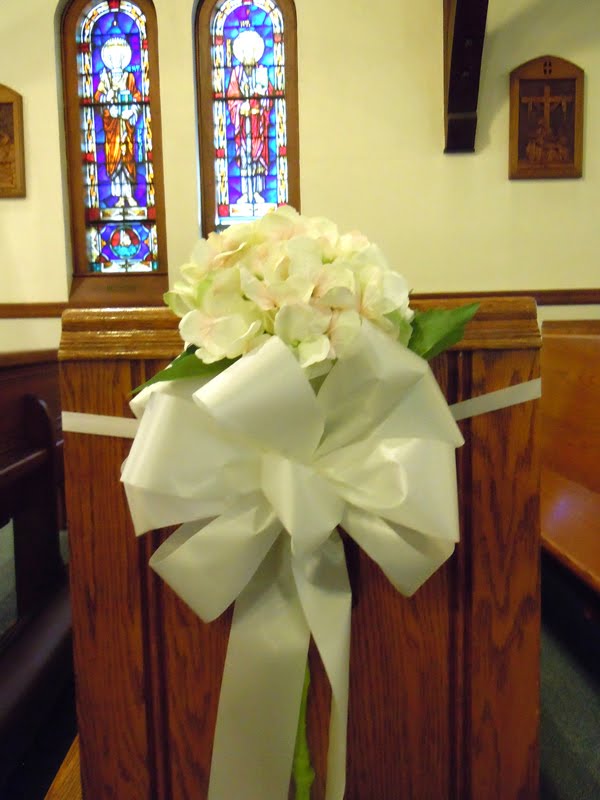 One time when Aint Pell’s great-nephew on his Mama’s side got married up in Memphis, they had such a big to-do up there, it lasted for three days, with all the shower-saved-til-last and the Rehearsal Dinner on Friday night and then the bridesmaids luncheon on the day of the wedding (to which only the Groom’s Mother and Grandmother were invited from his side---and there began an Aint-Pell simmer which had had its first tee-ninecy blup in the pan when the invitations arrived).  Her mad percolated all the way up Highway 55, growing into a definite head of steam when her and Unca Dorse’s place cards at the Rehearsal Dinner were at a table with a single Uncle, the organist-and-his-wife, and two couples they didn’t even KNOW, as well as a bare place-setting which sat there unused all night.


In the church vestibule before the wedding, she stood looking at her bosom as one of the florists pinned on her diddly-squat little old corsage, and her down-turned pout grew grimmer with each second that ticked by.   And  she was ticked as all get out, when the usher stopped and steered her into the fourth row---she plopped down immediately in the aisle seat and sat there like a rock, resolutely refusing to go on down to the far end like they rehearsed, so as to make way for the people coming in behind her.  She sat so tight that she might near pulled the long chain off her pretty purse, trying to yank it out from under her behind without actually lifting up an inch.

The rest of the row-full of aunts and uncles in their nice clothes and unaccustomed new shoes had to clamber over her stout little pumps and bump against her unyielding knees as they tried to get to their seats.   Unca Dorse stood there wavering in the aisle, unsure whether to stand there like a flagpole in front of everybody while the ushers ferried the whole row of folks down the aisle, or sit down beside her and bob up and down til the row was filled.

So, by the time the Day-After Brunch came around, she was so het up that she didn’t even want to go. A bunch of the out-of-town family had stayed at hotels near the church, and planned to stop for brunch together.  She had set her mind on just leaving a little before checkout, her and Unca Dorse stopping off at the Piccadilly Cafeteria for a good Sunday Dinner, where she could speak her piece about the shortcomings of the whole thing, and then head home.   Besides, she’d done wore all three of her good outfits in front of people.

But Unca Dorse had got with Carlisle ‘n’‘em and made it up that they’d all surprise her and go to the Peabody for Brunch together anyway---it would be special. She didn’t realize where they were going until they were WAY on out toward the river, instead of heading home, and he got more than an earful on the way, plus it took him and two of their nieces to talk her out of the car and into the hotel.

And when they DID get in, there just was NO pleasin’ her.  The trip through the lobby was quite an event in itself,  and she just would NOT stop mumbling and grumping as they got up to the big Sunday Brunch and had to be pleaded with by one and all to even go up to that gorgeous buffet.

She frowned and stomped all the way up to the salad station, poking around in the melon balls with big hard digs, just to show how mad she was.   She completely ignored the huge displays of papayas and pineapples and other melons, all cut into peacocks and little wagons, and all the cold salads and colourful pastas and beautifully arranged vegetables and cheeses.


The giant cornucopia made of bread, spilling out all sorts of rolls and croissants, was totally lost on her, and she hardly saw any of the food through her frown.

She toddled back to the table with a plate holding several melon balls and a little chunk of pineapple, before anybody else could even get up to the Omelette Station.  She practically  hurled her plate onto the table, causing one little green orb to go skittering off the side and  escape onto the cloth, where it took refuge behind the sugar bowl.


Scowling even harder, muttering shitshitshit under her breath (had there been any UNDER, for the deep rumble of her voice made it quite audible in all directions.   She had the makings of a creditable bass fiddle in there).   And all the laughing and talking coming from the relatives up at all the buffet stations---what WAS so funny, anyhow---none of it was funny to Aunt Pell.

She was still sitting there fuming when the rest of them returned with plates loaded with slices of that juicy pink ham and wedges of spinach quiche and salads and fruit and pastas and asparagus, and candied sweet potatoes dripping sugary syrup---she wouldn’t even answer when Unca Dorse looked at her three bites of fruit and asked, “Is that all you GOT, Hon?”

She just poked peevishly at a melon ball, which leaped from the slick little plate, cleared the table-edge, and rolled in a perfect goal between the heel-arch of a stilettoed young woman leaning cozily toward her dining companion at the next table.

Tired from such a busy weekend, and from long custom and daily acquaintance with her constant mood, no one took much notice of her sulk, as long as she left THEM alone.   They were all chattering brightly, which seemed to darken her mood even more.

“We like to never got her to get out of the car,” Unca Dorse would recount for years after, “if it hadna been so hot in that garodge.”

“And there she sat,” he would say, “like a swolt up ole toad-frog, just a-rurnin’ everybody’s dinner.  And us at the HO-tel!  That woman just ain’t got no pride a-TALL.”

And Moire non:  The Middle of the Story,  ‘Twixt Arrival and Brunch


Or, How Aint Pell got her feathers ruffled.

What a delightful story!

My sweet friend, you DO know how to tell a story. Love love love!

Hello dear Rachel, Ain't Pell in my opinion, missed the fun of a great wedding. Smile. Most families have an Ain't Pell I think. Ours was the Aunt I was named after. Sigh!!! I did love her dearly though. Your stories are always a terrific and entertaining read.

The grands are all back home and quiet has arrived in our home. A bit too quiet but after a "ton" of laundry to do I finally have some time to rest and play.

I feel like I am really back!!! More time to visit etc. Happy dance coming up.

Have a wonderful week. Our summer has been cool temps so far.

I hope my Mister will excuse me saying that Aint Pell’s demeanor at the wedding reminded me of the grim visage of his grandmother at his father’s second wedding. She almost refused to go, but finally did and you didn’t even need to see her FACE to know her disapproval. Her back RADIATED it! Why DO we put up with them?