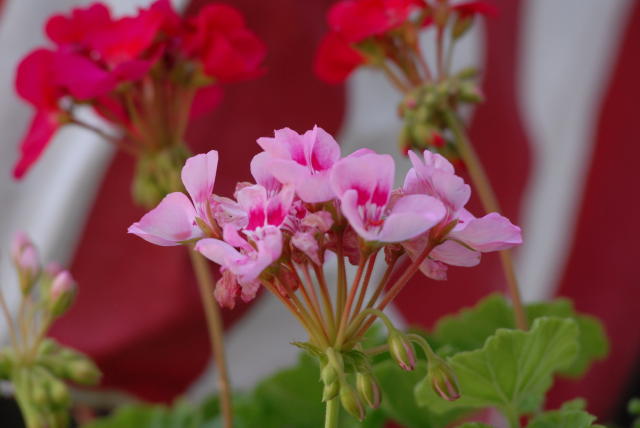 It's not quite holiday weather here today, with the warmth of the sun and bright skies and the snap of flags in the sunshine, the smoke of a thousand backyard grills raising delicious scents into the Spring air. There were no sunbeams to wake to, but the damp skies will not dim the services and celebrations of this long Spring weekend.

But weather hasn't much to do with the feelings that surround this special day, this day of remembrance and honoring and taking stock of our nation's blessings. The placing of wreaths, the little flags stuck into the earth of countless graves, the floral tributes, the handful of limp posies clutch-wilted in a child's hand, the tears of remembrance---those will quietly and reverently go on even as the scent of charcoal drifts up and the promised rain comes down.

I have a deep-imprinted vignette in my memory-collection, of sitting there in a hot scratchy dress several years ago, to see my dear Mother-in-Law receive the folded flag "With the thanks of a Grateful Nation." And so we remember GrandDaddy, in all his twenty-something years of service, and I keep a secret, heartfelt gleam of pride for our other servicemen and women, and those we'll never know of as we sleep safely on their watch.

And just looking at the flowers in the picture above, the two tall, stalwart reds and the smaller, just-as-strong pink, I think of all our sisters and daughters in uniform, especially the one determined young woman who left for training just this past Monday with the tiny tremolo of our long-ago bedtime “Twinkle, Twinkle Little Star” echoing in my heart.   I gratefully salute the strong, brave women who step up to the mark, who serve standing proud beside the men whose strength and bravery have stood true for centuries.

We feel a surge of gratitude, of pride, of thankful praise for all the ones who take our well-being and our freedom so seriously that they live and die for it, and us.

And so I say "Thank you," to each and every one, and give a prayer of thanks for all of our service-people, past and present---those standing proud in uniform today, those who have served, no matter what the term, those who have retired from their service, but remain ever soldiers, those lying beneath the brave small flags, and those in unsung graves around the world, known only to the angels and remembered in the hearts of those who loved them.

In addition to shirking my attentions to my own blog, I’ve missed out lately on a lot of the wonderful ones I’ve enjoyed over the years.   One of these is CAKE WRECKS, and today’s little story-in-cake is absolutely charming.

The tiny characters from all over the world of baking are simply the sweetest ever, and the little poem to accompany is spot on perfect.

Y’all go enjoy something SWEEEET!
Posted by racheld at Sunday, May 21, 2017 5 comments:


Since Sweetpea’s growing to be such a young lady, I look back at all the little moments of our time together, all the tiny costumes: the Snow White dress worn and faded to a mere wisp of pale satin, the dainty “bride/fairy dress” of fluffy tulle, worn in many a fairy jaunt across the garden, 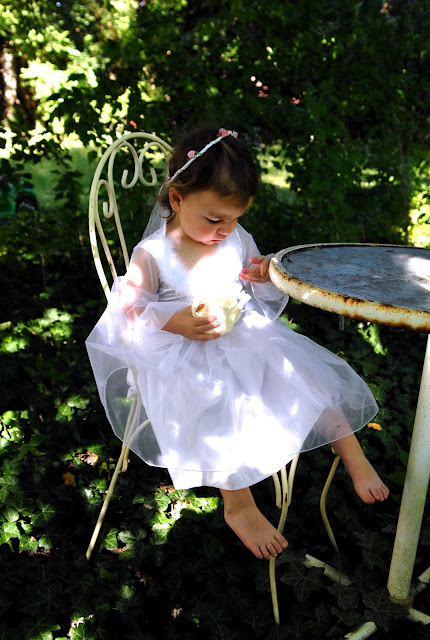 and that memorable small Tinkerbell outfit which once graced a small green fly perched implausibly on the door. 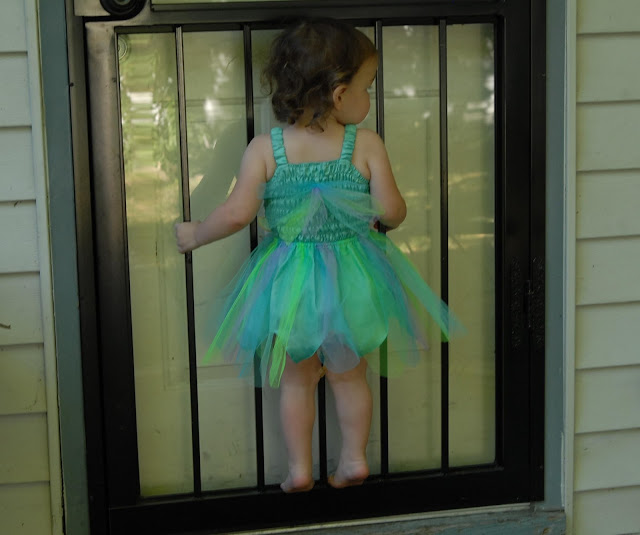 Our costumes veered into the what-there-was-at-hand, with everything from towels to curtains to Goodwill-bought lacy nightgowns and camisoles and jerseys, with whatever accoutrements could be found in the house, storeroom, garage and yard.

We’ve been knights (AND dragons), as well as farmers, fishergirls, soldiers and sea captains of small boats captioned “Tomatoes” and “Listerine 1QT.8FL.OZ.” and swordfighters for and against every cause to hand. Our travels and personae have taken us to lands unimaginable, and some so imaginary that we almost didn’t find our way home. And always, always, we “boom compenions” were two for one and one for two.

Her taste in toys has been varied, with no thought to gender nor age, and her shoehorn swords and Tupperware armor have been worn with sequins, lace, leather, and Glad Bags, cut to suit.  And her very-young acquisition of her own “maple steve,” (noble steed) has varied over the years in size, colour, talents, and age, as well. 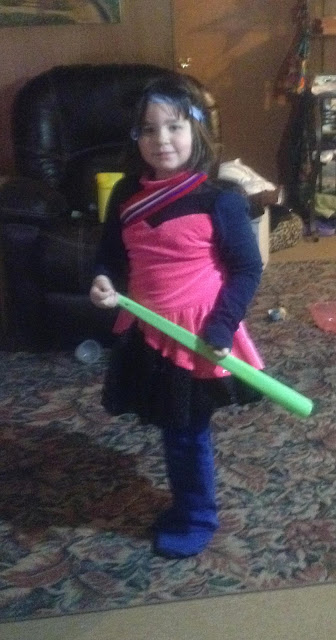 But the one unvarying loyalty is to Prunella, the sleek chestnut who lives in the lobby of the BIG grocery store.   Many, many a quarter has gone to feed her speed, and we’ve had quite the relationship with the beautiful little mare.   And someday, someday, I’ll tell her the truth behind the name, for it’s a funny one, a spur-of-the-moment little joke one day when her daddy and I were shopping, and which sent the two of us fleeing from the store, giggling to beat the band.

We’d finished our shopping and headed for the car, to come upon a spilled bag in the parking lot, apparently lately dropped by a previous customer, and left in its tattered, broken state, with several items beyond redemption.  There was a smashed jar of something with juice, I remember---maybe pickles, and a soaked-looking box of perhaps cake mix, with a little scatter around of dried fruit which had rolled out of the bag.   I could practically SEE the cogs of his brain, as he gathered up a handful of the withery round prunes in his gloved hands, walking back into the lobby and dropping them gently behind the horse, as we ran out of there laughing like loons.

A faraway friend just told me in an e-mail that she’s “gussying-up” her house for Spring, mentioning “when you wrote about it that time.”  And since my well of words has seemed empty to the echoes for some time, I’m resurrecting THIS---from some seven years ago:

There’s a difference in the South between Gussied Up and Hussied Up---the pronunciation, for one thing. Gussied is pronounced with the USSS as it’s spelled---a crisp ssss through the teeth, and most always meaning nice things. The declaration and question, "Why, you're sure gussied up today---where you goin'?" can almost always be taken only as a compliment on appearance and taste.

On the other hand, Hussied takes on a HUZZZZZ sound, with a little bit of disdain in the hum of the zzzzzz’s. As in “Why that ole HUZZZZY!!! Who does she think she IZZZZZ?”

The key is that you can Gussy up a house, a room, a dress, a tabletop, a package or a window treatment or a hat, but almost the only thing you can call “hussied up” is a person---female persons, at that.

Well, maybe that time Bugs Bunny wore the lipstick, but that’s not a good example, I guess.

Gussying is all in the outlook, I think---you add a little extra touch here, a coat of paint there, a new shade of nail polish or a different centerpiece, and there you have it---gussied. A lush blossom tucked behind an ear, purse-shoes-belt to match, a fresh white pique collar on a plain navy dress, the tilt of an absolutely useless wisp of whimsy passing for a cocktail hat---those fall into the gussy category. 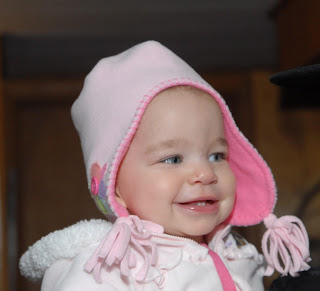 As do lace on tiny socks above shiny black Mary Janes, ribbons on ponytails, white gloves in Summer, pearls with a sweater set, a flirty glimpse of red silk slip in the hem-slit of a demure dress, (which can all-too-easily fall into the Hussy category, depending on dress, slip, and degree of flash). There’s also the extra-fancy trimmings to a wardrobe---the colorful inserts on a pocket, a special set of buttons for placket and sleeves, an elaborate stitching technique which sets the garment apart, a special furl of ribbon or paper to make a gift almost too beautiful to unwrap.

Gussying in a room could include a punch of pillows, a paint color, a mural or bit of trompe l’oeil, some specially-draped and tasseled curtains, a little tableau atop a table, a mantel, a shelf. We all love a special touch, whether our own, in a magazine, in a house in which we feel the warmth of things well-loved.

But Hussied Up, now---that’s a different subject entirely, mostly calling for a state of BEING, for the carriage and attitude count for a great percentage of the aura. The extra touches are there, the attention to detail may be present, the care in preparation and presentation undeniable, but the effect is just TOO-TOO. Too-tight or too bright or too-too is just too much---they run over into “Did you SEE what she was wearing?” on past, “Too much sugar for a dime,” into “Ten pounds of sugar in a five-pound sack,” and the capstone: “Her Mama would just DIE!”

My girlfriends and I used to tease each other about being Hussied Up when we would go out together---a little extra care with the lipstick, an appointment for a hairdo that afternoon, an outfit just bought and pressed Just SO, but those were just nice ladies getting spruced up.

REAL Hussying is either a gift or a curse---a flair for a dramatic look, with a special style that gets you noticed AND talked about, but in an envious or admiring way, though your admirers may be as much detractors as any.

Or the curse of not having The Sense God Gave a Goose in the way you present your person---a painted-on outfit cut down TO THERE, with tottery heels, big hair and too much jewelry AND perfume just ain’t the way you want to go through life. It gets you noticed, all right, but it also gets you Looked At Funny and Laughed At, besides.

We had an Aunt who wore odd little outfits, with a bit too much powder and lipstick, and the Toujours Moi preceded her into the house. She wore TOO MUCH STUFF, too many GeeGaws, too much jingly tarnished or plastic bits and pieces with gappy places where the crumbs of sparkly glass had fallen from the settings. She was like the society woman of whom it was rumored that she just stood in the middle of the room and her maid flung every knick-knack in her jewelry box at her. More was MORE.

On up into the Seventies, her stockings had seams, and there were always flocked butterflies or embroidered flowers scattered up her calves. In addition to all the above, her ensemble for my Grandpa's funeral included a large shoulder-strap purse, of a big ole Laura Ashley-type floral chintz if I remember right, and slapped on it midways like a Homecoming Corsage was the final touch: A huge red paper-satin bow, one of those sticky-back ones sold by the dozen at Fred's for Christmas packages.

But she was sweet and she was OURS; we tittered a bit in secret, but we would no more have hurt her feelings over her over-the-top effect than we’d fly. She was a nice lady, and no matter what she wore, the dear SELF of her could never have gone past extreme Gussied Up into Hussydom.

And therein lies the real difference.