Daddy's Aint Ruth, who was as "Country as they come,” raised a whole passel of chillun, each with two names in the family fashion, and each growing up in that not-too-large frame house with the two outdoor faucets through the wall over the kitchen sink.  They were big old high brass things, both gushing out cold water into that wide trough sink, deeper than ours, in those days before doubles and all those charming little modern doo-dads on one side, so handy for disposal and rinsing and bar needs.  The two faucets were put in together years before, in trust of a "hot water heater" somewhere in the nebulous future.  And many a dish went through that kitchen, a literal dozen plates per meal at the long wood table down the length of that fragrant, colourful room, and also a literal two-meats and four casseroles,a big skillet of bread, and several  pots of sump’n nother just picked and shelled from the garden. 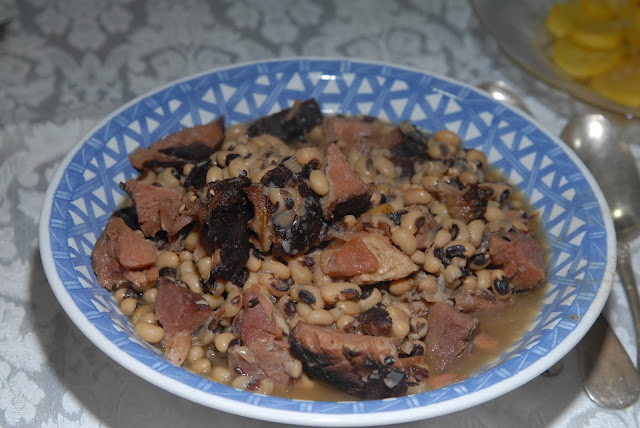 And the desserts!  I’ve never seen so many or such variety at a plain old family meal---it was common to have cake and pie AND a puddin’ sitting on the sideboard as they sat down to supper after a hard day’s work.   She had but two cake recipes, for the actual layers---a yellow one and a chocolate, rich with a great cloud of Hershey’s cocoa sifted into the Godchaux before creaming in that immense old Sunbeam the shade of aged ivory.  But the additions and the flavorings---she had about five little bottles of McCormick’s in the cabinet, even back then when I was a teen and boasted THREE of my own---vanilla, of course, and lemon extract and the ethereal almond for the most exquisitely flavored pound cakes.    She also had coconut and "imitation rum," of all things, and in addition to putting a few drops of the coconut into the cake layer before baking, she’d set the freshly-grated coconut aside, put a few more drops into the “milk” which was carefully saved from the coconut.

One of the boys usually had coconut duty, and he’d poke the ice pick into the three little monkey-face holes at the end, maneuver the holes over a little bowl, and drain out all the what-chefs-today-call-water before taking the coconut out to the shade and a big concrete block, to crack it gently with a hammer and dig all the lovely soft meaty insides loose, like hulling out a particularly fragrant oyster from its shell.    Those curvy bits of meat had a gentle brownish rind on the outside curve, which had to be removed with a small sharp knife, to keep the whitewhite flesh pristine for the grater.

I can just hear the whushwhush of the grating, as Jean Evelyn or Mary Ruth stood at the table with the big old box grater, filling the big pyramid with great drifts of the snowy shreds, ready for the cooling cake.   And Aint Ruth had a way of taking that leftover bowl of “milk,” adding in a bit of sugar and a teaspoon of that delightful extract, then tossing the liquid around in a bowl with all those mounds of coconut.   This was left it to sit whilst one of them heaped the great billows of seven-minute onto and over those three layers, straight from the cooling rack. 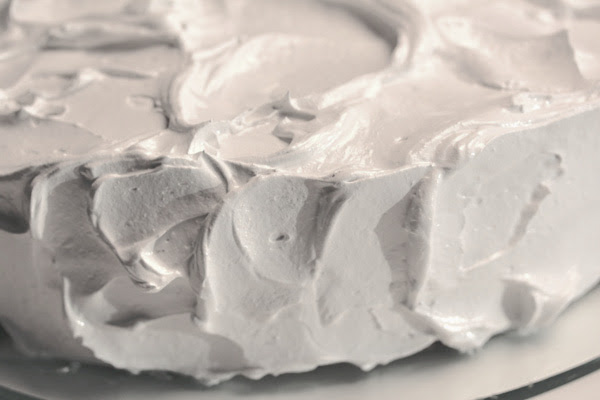 She was the first I ever saw to take some strips of waxed paper, slide them under several sides of the cake, and collect all the coconut which fell from the expert fingers patting it gently onto every inch of the gleaming frosting.   At the end of the process, they’d slide out the paper, then dump all the bits of escaped coconut onto the top of that gorgeous cake, and it was done.

BUT.   If one of the boys (or girls, for that matter), had come through the kitchen with a little sweet-craving, they’d just matter-of-factly take a whack at whatever cake layers were lying there cooling.   And this was not the “OH, Hon!  Don’t cut the cake ‘fore the company sees it,” where one neat slice from the finished marvel would be noticed, but only in passing.  This was a quick knife through one of the naked layers resting on the racks, picked up like a pizza wedge and lifted for a bite as the culprit headed elsewhere in the house or leaned casually against the counter for a chat with the cooks. And then the cake-assembler had to deal with an oddly-shaped piece to frost and stack, which they did with such a practiced, unfazed air, or simply saying “Guess we got a two-layer cake today!” with a casual swat in the direction of the cake thief, that it must have been a frequent occurrence.

That simple, natural gesture of confidence and welcome-to-it astonished me the first few times,  for I loved to be there for the Saturday baking (or Sunday morning, if they were adding on a little extra for us “company”), and I could not fathom being allowed to just demolish a project like that.   Cakes were sacred things, round and perfect and immaculate of construction and method---the formula had to be right for them to rise, or to taste right, or to be exactly enough for the three layer-pans, and to so casually dismember some of the parts before the actual assembly---it rather sent my baking mind into disarray for a bit, as if she’d snipped a big hank of fabric off a dress, leaving the hem a foot shorter on one side.

I realize now that those cakes and their casual treatment, that easy comfort in the kitchen and in that whole filled-to-the-brim house, with the respectful, kind kids and absolutely devoted parents---those cakes were the absolute symbol of a kind of child-raising I’d not encountered before.   There was a philosophy of trust and an easy camaraderie amongst all of them, a gentle kind of living together with all taking a willing part in the keeping of the home and family.  I was raised in a  tight-ship-kitchen, a flinch-over-spilled-milk household, and here they were, just helping themselves to a needed part of a whole-yet-to-be-made, with scarce as thought as popcorn.

The first time it happened, I looked at her, wide-eyed, then back at the wedge-missing layer on the rack, and as I turned my gaze to her face again, she laughed, reached out a casual finger and patted up some crumbs.   Just before she put them into her mouth, she said, “I ain’t never made a cake that couten’ be CUT!”

My, how we all adored her.

WHEN WE WERE EIGHT 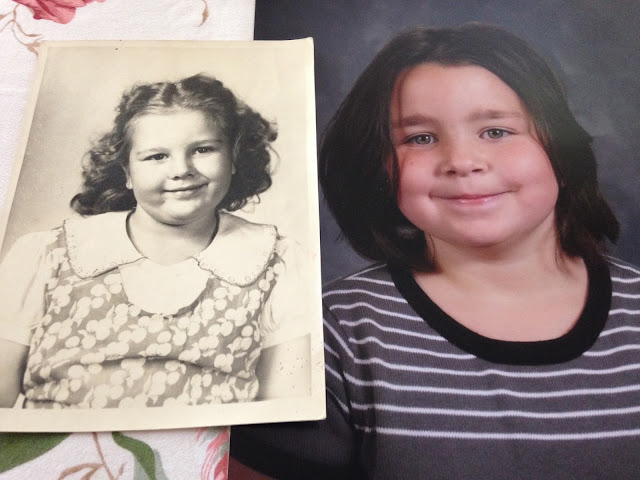 Many a year between those eighth birthdays, for Sweetpea and me, but there’s a wonderful connection in time and self---the shiny cheeks and shy, secret smiles that cloak the knowledge of what the lady cardinal looks like through her beloved's eyes, which flowers most call to the bees, which leafy dells harbor the most elusive fairies---those are some of the “alikes” that everybody mentions.   It's a legacy all our own, connected and sure.

And of her birthday party last week, moiré non.
Posted by racheld at Tuesday, August 25, 2015 9 comments: 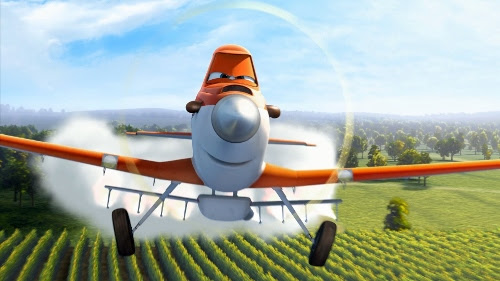 Sis is here for a few days, arrived safely from her long FLIGHT, and we’re cooking in that new PINK KITCHEN, talking our heads off, keeping the iced tea flowing, and enjoying these 80-degree days, with FIFTIES at night.   Nothing like catching up on things with someone you’ve known since the day she was born---THAT’s a good friend. 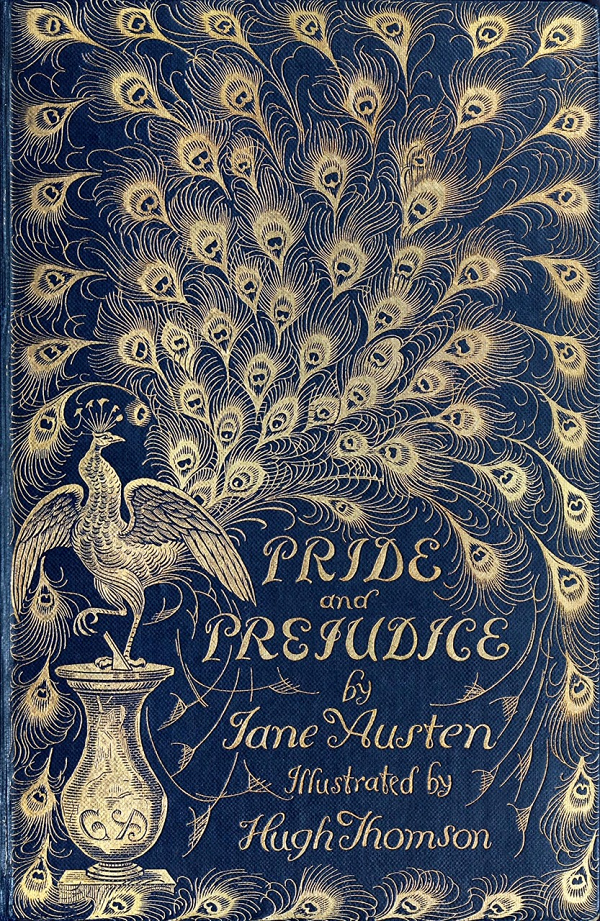 Sometimes, I stumble onto a blog with such a special post that I want to share it with everybody.  And when it’s on a subject I enjoy, that’s lagniappe.

A Jane Austen tea, all by one lady in her home---all in blue and white, with such exquisite attention to detail, such well-thought-out touches and settings and linens and flowers, that it’s a visual feast in itself.   A charming bonnet, tea trays and silver, a set of quills to hand---all portray another time, another era, with such gentle grace that you're compelled to step in.

And each appointment of that magical table---the menu cards and chocolate boxes and the dainty-folded fans, with a nod to a small token of courtship in the delicately-cut silhouette card at each place setting---elegant beyond words.

It must have taken months to bring into being that afternoon of sumptuous delight.   Wouldn’t you love to have been present for such a splendid affair?

Miss Jane could have written volumes about such a magnificent soiree.