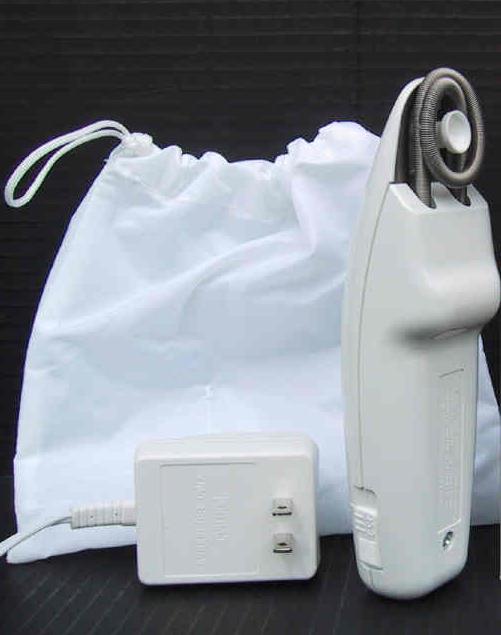 These little whizzits were the THING some decades ago---the answer to the well-groomed, silken-skinned woman’s prayers.  The commercials featured exquisite young ladies who sat smilingly, lovingly rubbing the buzzing white marvels over already-perfect legs, as they chatted on a Princess phone or were lost in Cosmopolitan.   They all looked as if they’d been buffed head-to-toe by Midas at birth, to begin with, and so was the pitch made, caught, and paid for.
They looked like a dainty version of a man’s electric razor, but with a tight little coil of spring at the top, which, when activated, buzzed into action with a constant grab-and-yank maneuver like a cotton-picker through a field.
The first few times felt as if you were rubbing hot coals up and down your calves, but then after a while, you could sorta make it past the gritted-teeth stage into a gentle grimace when you hit a tender spot.  But what I MOST did not enjoy was the fact that you had to give the thing several days’ lead-time, in order for its little springy clutches to have something to grab onto for the tug.
We were silken, all right, stockingless for church, even, but in time, as with all midnight-ordered stuff from Ron Popeil, the little gizmos fell out of favor, and we all retreated to the familiar comfort of our little Gillettes, and thence to that miracle of modern magic---the Venus.
But before those better days, there came one moment which has earned its rightful place in family lore:
Way in the day before cell phones, and when only luxury cars and important folks had Car Phones, I had to drive some good long way late one evening, to pick up Chris after a meeting.  Caro had to work next day, and so could not accompany me, and she was a bit worried about my journey through dark, unfamiliar territory.
I offered all the “I’ll be FINEs” and the usual “Don’t WORRY!” and finally, I ran off into one of my customary brain sillies and said, “OK.   Here’s what I’ll do:   I’ll take my Epilady along, and if anybody even looks at me funny, I’ll hold it up to my ear and they’ll think I’m talking to the Police on my Car Phone.”
She pondered that for a second, looked at me in the way of all my family when I’ve made ninety-nine of my off-kilter mental jumps ahead in our conversation, and with her patient, dear voice of reason, said,


“But Mama, if you were scared
enough to  hold that thing up to your ear, you’d probably hit the button.   And BDDDDDDDDDDT!  That thing woulda climbed clean up on top of your head before the robbers got there.”

Oh, that was a great laugh! We were just talking about these and I have a friend who still uses one! I never gave it a try - don't like pain!!

Your description of your razor: "when activated, buzzed into action with a constant grab-and-yank maneuver like a cotton-picker through a field." brought a smile to my face. I thought your inventive use of simile is just perfectly wonderful. I now have to think about how I could describe my razor in similar term!

You've got a gift for words. Don't let anyone tell you otherwise. Keep on writing (that's what I said to myself even if I write ugly sentences) and I'd like to say that I'm very touched by your kind support and interest. May god bless you.

Wishing you the best possible day ahead.

OMG! I had one of those. They hurt so BAD!!! Caro's reaction gave me the giggles!