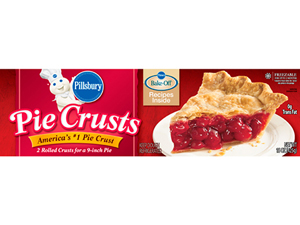 Tomorrow is our Gracie’s birthday, all grown up from the tiny toddler girl she was when she and her Mommy came to live with us for a year and a half.  We had so many wonderful moments and playtimes and adventures during those close-at-home years, from waking to her request for “coffee” to bedtime prayers naming each and every relative, pet, doll and stuffed animal who loved her.

I’ve been reminiscing over the sweet days when we had such a close bond, and how it’s had to stretch mightily as they moved so far away.   They’re now within an hour and a half, and perhaps we’ll get to celebrate together soon.   One of my sweetest memories is a Thanksgiving when she was about five, and very fond of helping out in the kitchen.   She always had her own little aprons and tiny set of kitchen tools.

She and Caro and I had spent the afternoon of Tuesday-before-Thanksgiving making pies---sweet potato and pecan and lemon, and she had punched out little leaves and flowers and all sorts of beautiful decorations from the crust scraps. We arrayed them grandly around the margins, crimped them into the edges, and scattered them atop, crusted with sugar.

When we finished the three, there was one of the roll-up crusts left in the box. She said "Let's make a CHERRY pie!!!" I said I don't think we have any cherries; she smiled me the patient smile we’d reserve for a gently-addled aunt and said, "See, there they are---Cherries!" And they were, right where she pointed---on the crust box. So, as not to undo any child's fancy of the magical power of being in Ganjin's kitchen, I went unhopefully to the pantry, knowing I hadn’t bought a can of pie filling in a coon’s age.

And there, atop everything else, front and center, over the tuna and the Del Monte beans, the crushed pineapple and the Campbell's, with the beam of that 100-watt hitting it like the Gleam of Glory, sat a can of Lucky Leaf, shining in the shelf-light. Not a mote of dust, not a sign of its having lived a moment in that pantry---I'm convinced it sprang to life as I hit the light switch---soft strains of angel-song in the background, and a swell of harps.

And it was a LOVELY pie; we ate every bite for Supper dessert, and I so wish she could be here tomorrow to celebrate her birthday.  I know I haven't bought any pie filling in a long time, but miracles do happen. 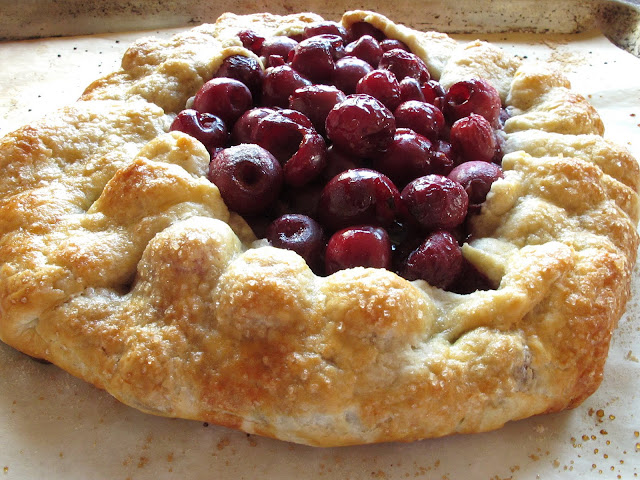 SUMMER IN A SPOON Apropos of nothing except that I saw a young woman make and construct the most elaborately beautiful Napoleon on one of the Baking Shows last night, with perfect planks of just-made puff sandwiched with poufs of cream and the most enormous shining blackberries---I’m thinking of blackberry cobbler.

Blackberries are a Summer thought, of course, strange on these iron-hard cold days, except for a spoonful from that preciously-hoarded pint of blackberry preserves from last year’s crop grown by friends Lil and Ben, and brought to us on their travels.   The very thought conjures steamy mornings, both outside braving the brambles for those elusive globules of colour and sweet, and inside over the canning kettles as the blub and simmer turn the fruit into such a lively, lovely mass of remembered moments: fresh-opened biscuits with butter melting within, or a piece of slumpy-toast with a smear of purple sweetness cuddled within the warmth.

A church supper with Aunt Bessie setting down her perfectly-latticed 9x13 of Blackberry Cobbler was a moment in time that I’d love to recapture.

And Auntie Bond made the most wonderfully-memorable cobblers with “Sankers” in them---a crust laid into the bottom of the big blue-and-white roaster-pan, a great sluice of sugared berries and juice poured in, then a smaller top crust laid on atop the filling.  As the cobbler baked, the top crust cooked for a while, then was pushed down into the berries, with more of the filling poured in, then another
larger crust sealed on top and baked til golden.

When you cut down through those differing layers with that big old spoon, you got layers of crisp top and firm bottom crust, with a great cascade of the filling and melty middle crust, which had simmered into the most delightful soft bits like the fruitiest dumplings swirled in.

And I never fail to think of a memorable dish that we stumbled upon on the way to several years ago.  On a back-road meander through a little town, we found a little country diner---a rustic, comfy one of the Kafe'-with-a-K sort, and the walls covered with the proprietor's paintings of birdhouses and barns, each with a little Post-It pennant announcing the price.

We partook of unimportant hamburgers, and asked what kind of pie. That's what you DO in a diner. Even though CAKE is our favorite, and there WAS a pretty white one sitting under the flat-topped dome on the counter, there's just something about a DINER that says "Pie." And sometimes you order some of every kind, just to be friendly.   Haven’t you always wanted to order “two slices of every kind of pie you’ve got” for the table, like in the MICHAEL movie?


This time the choices were apple and pecan, neither of which appealed at the moment. We were about to pass on dessert, when the hostess (and owner) tilted her head slightly toward the kitchen-cutout and said, "Let me see if that Blackberry Cobbler has come out of the oven yet." (I remember her face and demeanor as much like the lady who recommended the Dutch Apple Pie to Starman in the diner---his first taste of Earthfood, and I loved the waitress' pleasure at the total enjoyment on his cream-smeared face).


Our server hostess returned with a shallow bowl the size of a dinnerplate, two long iced-tea spoons---the better to share it with, My Dear---and a quite visible trail of fragrant steam. She set it down with a little flourish, and stepped back a step as we admired.   In the bowl was a BIG river of beautiful purple, little rivulets of lavender and mauve spreading as it melted the two huge scoops of vanilla atop the sugar-crusted lattice. 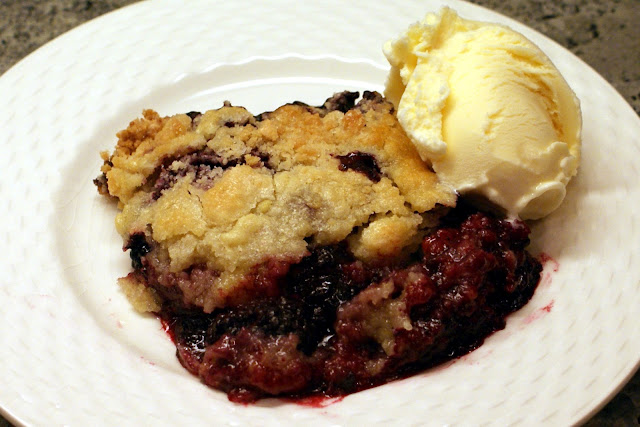 It was too hot to eat at first, but we were determined to dig in before it melted the ice cream into liquid, so we did. Spoon after spoon, it was the essence and life and vitality and round dark sweetness of every blackberry that ever swelled on the bramble. It was the most delicious cobbler I've ever tasted, big ole whole blackberries with their shapes altered just enough to let free all those pent-up Summer juices. I hope we can find that little out-of-the-way place again.

Blackberry Cobbler, in all its forms and fashions---whether crusted, latticed, Sankered, with biscuits or crescent rolls baked on, or with that CuppaCuppaCuppa thing stirred up in the bottom, to magically rise into a cloud of crisp doughy sweetness like floating teacakes---it conjures other times, other climes, in the way no other fruit pie can.

Posted by racheld at Saturday, January 14, 2017 7 comments: Links to this post